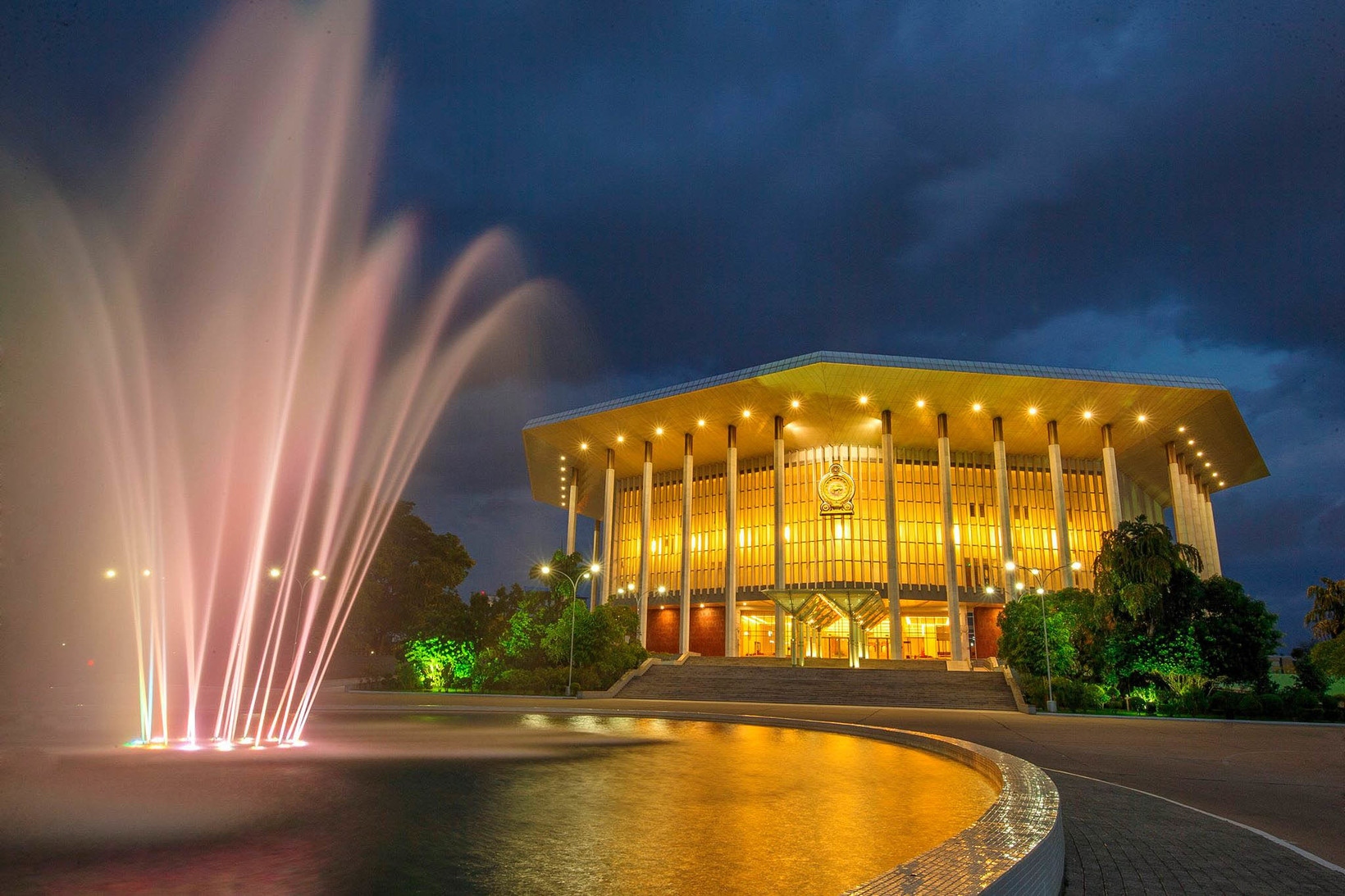 Over half a century ago, Solomon West Ridgeway Dias Bandaranaike (most commonly known as SWRD Bandaranaike) oversaw Sri Lanka as its fourth Prime Minister from 1956 until his assassination in 1959. He brought into effect several new laws. However, his most famous achievement is the foreign policy that he created.

During his career in politics, in 1953 even before he came to power, Mr. Bandaranaike stated that “I say, for heaven’s sake, be friendly with England or America or anybody else, but do not commit yourself to any one of them…….. As far as I can see, the wisest foreign policy that is being followed in the world today by any leading statesman is that of Pandith Jawaharlal Nehru….”. His views continued as he rose into his seat of power. His very first policy change as the Prime Minister of Ceylon, which was read by the Governor-General on April 20, 1956, stated that: “In its foreign policy, my Government will not align with any power blocs. The position of bases at Katunayake and Trincomalee will be reviewed…… consideration will be given to exchange of diplomatic representatives with countries in which Ceylon is not at present represented”. The policy change was not in words only, and over the next three years, the actions of the Prime Minister reflected how such a policy could be achieved. On his death, many foreign countries grieved the loss of such a brilliant personality.

In 1970, approximately 10 years after his passing; his wife Sirimavo Bandaranaike, who had gone on to become the first stateswoman in the world, was then in her second term of office as Prime Minister. At that time she decided to honor her late husband, Prime Minister SWRD Bandaranaike, for the excellent foreign policy that he had created which in turn helped protect Sri Lanka and bring it into the international arena. A decision was reached that any monument constructed in honor, should have a direct connection to International Relations. As no conference halls were available in Sri Lanka at the time with international level facilities, this was taken up as the project.

The People’s Republic of China donated LKR 35 Million towards the construction of BMICH as a gift to the people of Sri Lanka. A land of over 40 acres was identified for the construction, right in the center of Colombo. With everything ready and set to go, the construction of BMICH was initiated at 4 pm on November 24th, 1970 under the patronage of the Prime Minister at the time – Mrs. Sirimavo Bandaranaike, Minister of Housing – Mr. Peter Keuneman, and the Ambassador of China. As the construction costs were donated by China; the crew consisted of a joint Sri Lankan and Chinese workforce of 2000 people, with a considerable portion of the building materials being imported from China.

On 17th May 1973, the construction was completed and entrusted to the Sri Lankan Government. It became an iconic landmark in the heart of the city; stretched across a lush plantation of 40 acres with a monumental Convention Centre with the best international facilities in South Asia, beautifully decorated with water fountains and colorful floral gardens.

The Rise of BMICH

Over the years a number of iconic international events were held at the Bandaranaike Memorial International Conference Hall. The very first major international event to be hosted there was the 04th Commonwealth Medical Conference in 1974. This was followed by the 5th Non-Aligned Movement Summit in 1976 which was graced by over 85 world leaders and dignitaries including Josip Broz Tito, Indira Gandhi, Colonel Muammar Gaddafi, and Kenneth Kaunda.

For over a decade many comparatively smaller and more localized events took place at the Conference Hall. Then in 1991, the 06th SAARC Conference of World Leaders took place. It was so successful that in 1998, BMICH once again played to another SAARC event: the 10th SAARC Conference held in a highly resplendent manner under the leadership of President Chandrika Bandaranaike Kumaratunga, who was the daughter of the former Prime Ministers SWRD Bandaranaike and Sirimavo Bandaranaike. The year became even more memorable due to the amazing exhibition hosted at BMICH for the historical celebration of Sri Lanka’s 50th Independence Day. It took place over a number of days and attracted over 150,000 people every day. The year 1998, which was also when BMICH celebrated its 25th anniversary, became the year that cemented its solid acclaim as one of the Best Conference Halls in the World.

The Exhibition that took place in 1998, while very successful, also brought with it many complications. The standard furniture of the Conference Hall had to be moved around to accommodate the exhibition stalls, the crowds of people caused damage to the plush fittings, other important conferences had to be sidelined during the exhibition, and many other issues arose. This made the S. W. R. D. Bandaranaike National Memorial Foundation (BNMF), which manages the premises, think hard about the necessity for an Exhibition Centre attached to the main conference hall, while also being separate.

In the year 2000, the construction of the Sirimavo Bandaranaike Exhibition and Convention Centre began. It was completed and opened in 2003 and had a palatial space of 33,000 square feet providing events with more than sufficient exhibiting facilities. This expansion was only the beginning of a spate of new constructions within the premises over the next 10 years. In 2005, the Bandaranaike Center for International Studies was declared open behind the main buildings.

In 2008, 10 years after the memorable 10th SAARC Conference, the 15th SAARC Summit took place once again in BMICH. The event distracted from the highly secretive work that was taking place behind the scenes. Work that was to be revealed the very next year.

In 2009, the Bandaranaike National Memorial Foundation (BNMF) gave a shocking and pleasant surprise to the public. Two beautiful rustic eco-friendly venues were revealed in full green glory and declared open. Constructed in a native open-sided fashion, and surrounded by lush fields and trees, it was evident that Kamatha and Mihilaka Medura were the work of several years. These venues were perfect for smaller cocktails, parties, banquets, weddings, and other such intimate events.

In 2012, the Sirimavo Bandaranaike Exhibition and Convention Centre needed further refurbishment and the opportunity was taken to improve its facilities and extend it with an additional wing.

Getting to the Top

With many repairs being done by 2012, BMICH was ready for the international arena once again in 2013. That year began another boom of fame for the Conference Hall as it hosted the 23rd Commonwealth Heads of Government Meeting (CHOGM). Then in 2014, the World Conference on Youth 2014 was held there.

The year of 2015 was marked by the Honorable Former President Mrs. Chandrika Bandaranaike Kumaratunga becoming the Chairperson of the S. W. R. D. Bandaranaike National Memorial Foundation (BNMF) which is usually chaired by the President of Sri Lanka. It proved to be a sound choice, as the very next year BMICH won 2 high accolades; the Gold Century International Quality Award Geneva – 2016, and the Award for the Leading Meeting and Convention Centre, South Asia – 2016. It was also the year of the late Lady Sirimavo Bandaranaike’s 100th Birthday.

In 2017, the United Nations Vesak Festival took place in the BMICH. This then brings us to 2018, the current year at the time of writing this article. It’s the year that marks the Conference Hall’s 45th Anniversary. Undoubtedly, this legendary hall has much more to achieve and many more events to see in the future.

The premises of BMICH currently has over 20 beautiful venues. The list includes the following:

Among the services provided for events done at BMICH are included excluded exclusive facilities such as high security, fire prevention, efficient catering of food and beverage requirements, huge amounts of parking space, and the availability of on-site banking facilities.

It continues to grow with plans in place to also create a hotel on the premises for special visitors. The majestic structure is not to be missed for any visitor to Colombo, whether local or foreign.