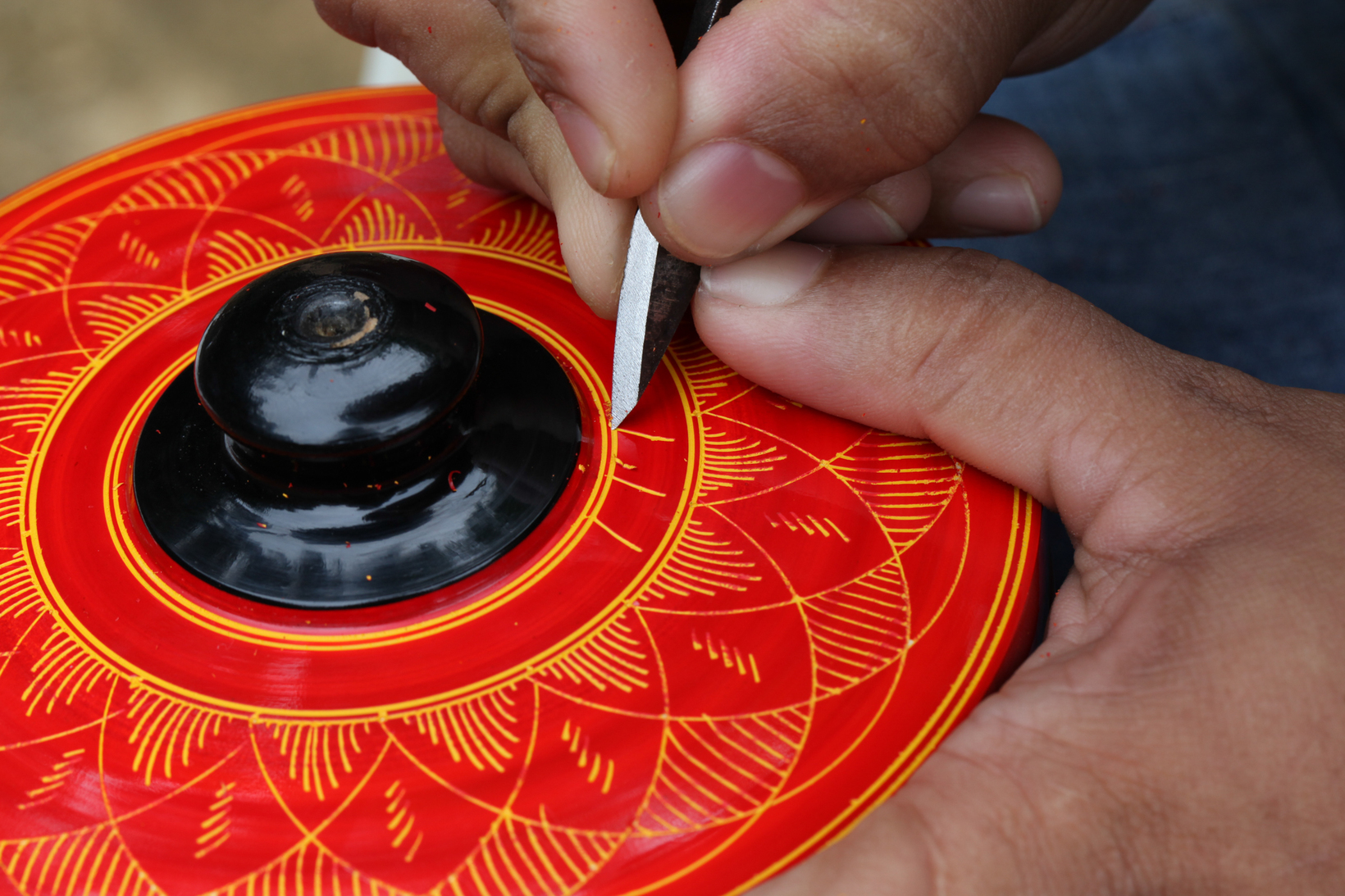 Owing to its long, rich history, the Arts & Crafts in Sri Lanka have been evolving through the course of time.

Its pivotal position on the ancient Silk Route made Sri Lanka a crossroad of cultural and trade exchange of the West and the East. India and China’s record have proven the cultural, political and trade exuberance of this island.

In many ways Sri Lankan arts is an inspiration of its long and lasting Buddhist tradition which in turn absorbed and adopted countless regional and local tradition for thousand of years, evolving to be a unique variant of Sri Lankan arts. Unsurprising, most of Sri Lankan arts originated religious beliefs, represented in many artistic forms such as painting, sculpture, architecture, and so on.

Indian culture has also made a big impact in the Arts & Crafts in Sri Lanka.

The Indian Buddhist culture introduced along with Buddhism into Sri Lanka in the 3rd century B.C has become an integral part of Sri Lankan culture ever since.

Nonetheless, this has not hindered the formation of a distinctively Sri Lankan tradition to express in its own ways. Sri Lankan artistic style varied from kingdom to kingdom along its historic lines, each of which has successively added some characteristic elements to the Arts & Crafts in Sri Lanka, eventually turning into the heritage we can see today.

Architecture in Sri Lanka is closely based on religious beliefs like most other forms of Sri Lankan arts, and Buddhism is one of the most influential elements. Not only Buddhism, Hinduism is another important influence on Sri Lankan architecture represented as the Hindu temples and shrines of the Hindu Tamils.

Since Sri Lanka has been occupied by three generations of colonization, beginning with the Portuguese, followed by the Dutch and finally the British, the architecture in Sri Lanka has developed and influenced by those three culture through the course of time. The colonial legacy as seen in ancient buildings in the country enhances the charm of Sri Lanka.

So to say that, Sri Lanka is a place where different cultures have intertwined together create a culture and a heritage unlike any other in the world would be a fitting description.

Sri Lanka has an extensive variety of handicrafts representing the rich craftsmanship tracing back multiple generations. Tourists can find the excellent collection of Sri Lankan handicrafts in shops and stores throughout the country.

For an in-depth look at the exquisite talent of Sri Lankan craftsman read our article on Handicrafts in Sri Lanka.

It is Buddhism again which has left a profound impression on the Arts & Crafts in Sri Lanka.

In sculpturing, most works were dominated by structures of the Buddha. In early times, the statues of Buddha were often carved from the living rock of limestone cliffs.

Over the centuries, other kind of materials have also been adopted for sculpting the statutes of Buddha such as jade, rock, crystal, marble, emerald, ivory, coral, wood, and metal. The Buddha is represented in three main poses: standing, meditating, and reclining. The ornamental sculptures on the staircases of Buddhist shrines and palaces reveal exquisite skill of Sri Lankan sculptors and also symbolize the strength of the religious belief among the the Sinhalese Buddhists.

Similar to the sculptures, Sri Lankan painting is also closely attached to Buddhism. Themes in Sri Lankan painting are all related to Buddha: Buddha’s life and tales of former lives of the Buddha, for example. The excellent painting works can be seen on walls in several Buddhist monasteries and shrines.

Mask is a facial decorative wear used in Sri Lankan dancing. In early times, the masks were used in rituals, dramas, and curing sickness. It is believed that mask provide curative power for physiological problems. Most masks are made form a light wood called Kaduru and craved into various characters.

For an in-depth review on these amazing decorative wear visit our article on Masks of Sri Lanka.

Pottery is one of the oldest crafts in Sri Lanka and is still a daily utensil of many people who retain using clay pots for cooking. In addition to pots, the more intricate products likes terracotta figures, carved vases, etc are made as well for souvenirs.

Batik making is in fact an Indonesian art, but has developed in Sri Lanka into its own unique style. Tourists can find a wide variety of batiks sold throughout the island. Some of the best and most original are the batik pictures made in Kandy and Fresco Batiks on the Peradeniya road outside Kandy.

Batik or Batique is an Indonesian word and refers to a generic wax-resist dyeing technique used on textile. The word originates from Javanese word “amba”, meaning to write and the Javanese word for dot or point, “titik.”

It is known to be more than a millennium old, probably in ancient Egypt or Sumeria. There are evidences that cloth decorated through some technique was in use in the early centuries AD. It is found in several countries later in West Africa such as Nigeria, Cameroon and Mali, or in Asia, such as India, Sri Lanka, Iran, and Thailand, and Malaysia, but the most popular are in Indonesia.

The art of Batik reach its highest achievement in technique, intricate design, and refined aesthetic in Java, Indonesia. The island of Java itself is famous and well-known for its exquisite batik for centuries, particularly in places such as Yogyakarta, Solo, Cirebon, and Pekalongan.

For more information on this ancient art, read our article on Sri Lankan Batik.